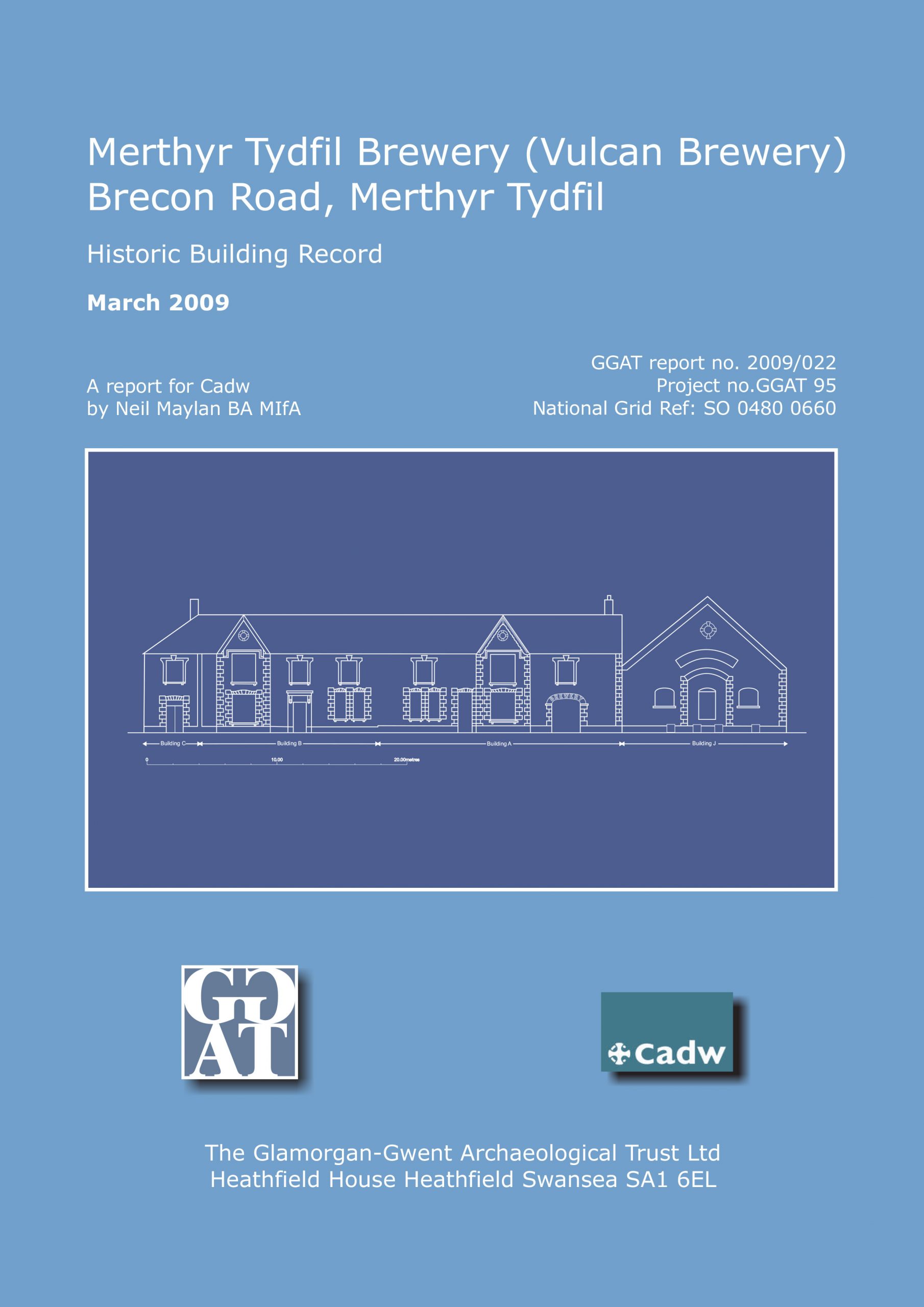 The Merthyr Tydfil Brewery was reputed to be the oldest Brewery in Merthyr Tydfil with the earliest record being from 1830. The earliest surviving building may have been constructed before 1842 but the majority of buildings were constructed during the period that the brewery was under the control of the Giles family (later Giles and Harrap) from 1850 until it was sold to William Hancocks and Co. in 1936.

In January 2009 the Housing Association notified the Local Planning Authority that they were going to demolish the buildings. The demolition of these historic buildings without a record would clearly have been a significant loss to the historic record of Merthyr Tydfil and Cadw funded the Archaeological Planning Service of the Glamorgan-Gwent Archaeological Trust to carry out emergency recording of the buildings.